Alongside the Lee Sisters photograph album were several postcards sent between 1909 and 1916, some from the UK and some from abroad. All but one were sent to their step-father George Gardner STONE at 2 Broadway Road, Bishopston, Bristol and later to 55 Logan Road, Bishopton, Bristol. 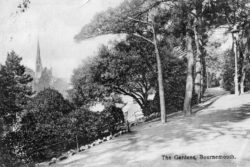 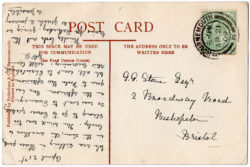 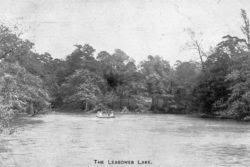 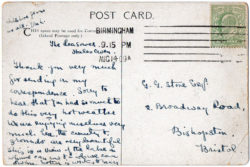 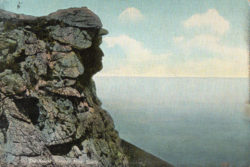 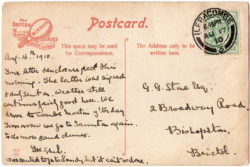 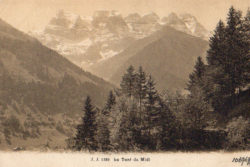 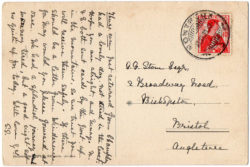 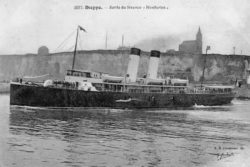 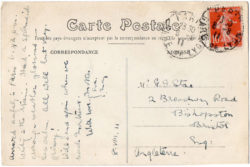 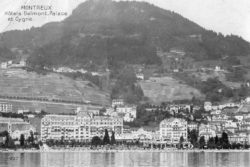 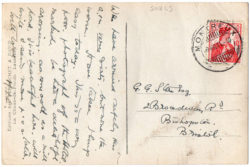 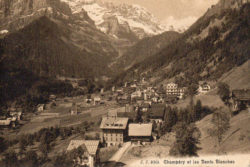 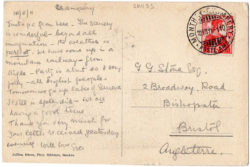 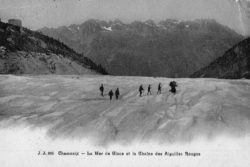 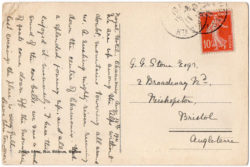 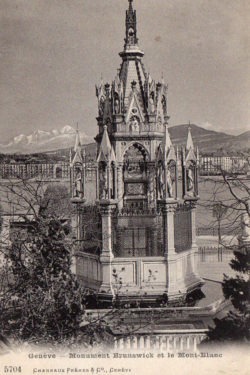 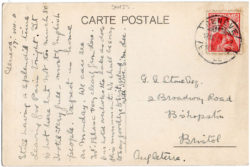 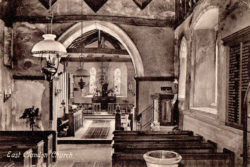 The odd one out was sent to Miss Norah Stone of 11 Kingston Road, Southville, Bedminster, Bristol from “Kate”. Norah was the nickname for Eliza Harriet Jane STONE, who was age 34 in 1911 and living at home with her widowed mother Eliza (nee HASKINS) and brother Alfred. I haven’t found a link between the two STONE families, but George’s sister was called Kate so perhaps that was who the postcard was from. 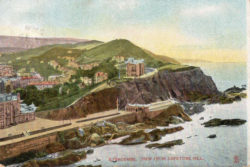 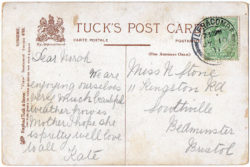