Rayleigh Town Museum recently acquired this large 1m wide wooden sign for Beal Bros. Millers, Rayleigh and wondered if anyone could offer any more information on them. 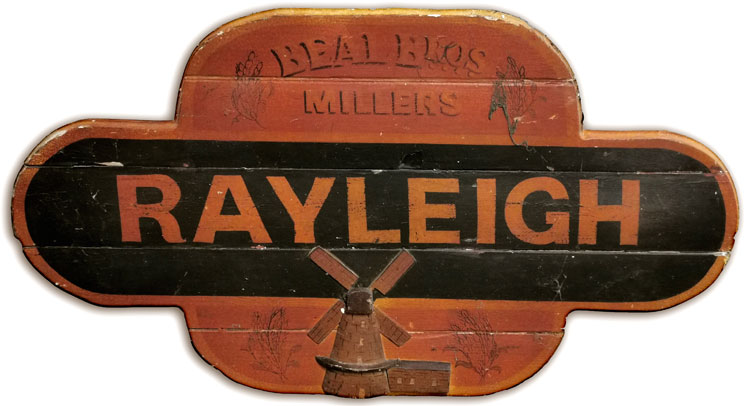 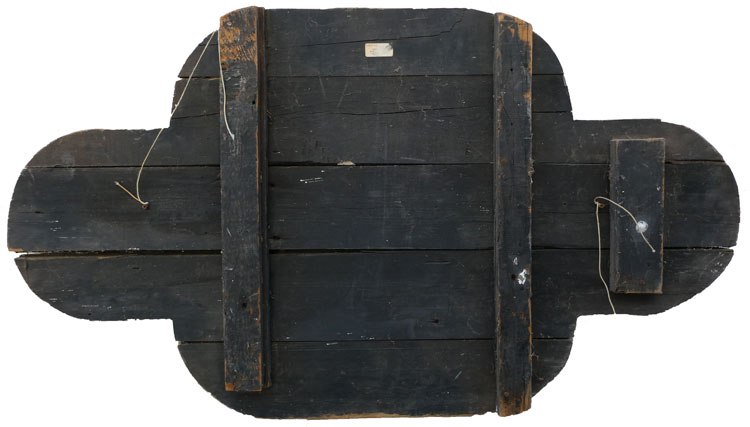 There is no obvious sign that it was screwed onto a wall of a business. The back has a couple of small screws with some old string, but this would not have supported its weight. There is an old ripped sticker on the back, leaving part of a tantalising clue: 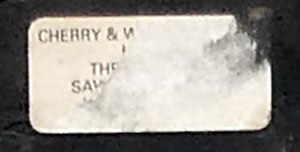 The only clue the action house could offer Rayleigh Museum was that is came from a farm in the Barling area of Southend, where it had been in storage for several years. To me, it looks like a sponsored town sign, rather than a business sign.

A search for the surname “Beal” (or “Beale”) in relation to Rayleigh provided very few matches, only three people with the correct spelling, and only one which stood out, and that was Walter Moore BEAL.

Walter Moore BEAL was born 25th Apr 1872 in Shoreditch, London, and was the last of five children born to Charles Moore BEAL and Mary Ann SMITH. His father was a Chair Maker, who died 26th Jan 1884 when Walter was 11 years old. His mother was a Milliner, and she died a few months after the war began in 1914.

By the time Walter was 18 he was working as a Baker in Shoreditch. His sister Ellen had married a Baker in 1883, so perhaps he was working for his brother-in-law Albert Willoughby. Three years later on 16th Jul 1894 Walter married Florence Susanna GOLDSACK, a Kent girl whose father was an Engine Diver. Their first child was born in 1895, with a second born eight years later but she tragically died at 11 years old in 1915.

The 1901 census records Walter as a Baker Shopkeeper (employer), and living within the same household were two servants, both Journeyman Bakers. In 1911 Walter’s Foreman Baker was living with them.

Walter’s son Arthur enlisted into the 3rd Bn. City of London Regt. (Royal Fusiliers) in 1912 when he was age 17. He was sent to Malta in the September after war broke out and was there until the following January. He was then sent to France where he served for three months before being sent back home and discharged as no longer physically fit (cataract). He married Marion the following year.

Walter and Florence lived at 168 Cambridge Road, Willesden until the war started (or just after), and all directory entries record him as a Baker. They then moved to 13 Berkhamstead Avenue, Harrow where they lived until at least 1926. By 1929 they were back in Willesden at 15 Aberdeen Road. At some point between 1931-1939, Walter and Florence moved to Rayleigh in Essex where they lived at Brierfield, 91 Down Hall Road (by the railway line, opposite Down Hall). He was recorded as a “Millers Traveller Retired” in the 1939 Register.

These are all the Rayleigh residence who mention the mill under “personal occupation”. If Walter once worked for George MATTHEWS (the mill’s director and manager) that doesn’t explain the text on sign.

Walter died a few years later on 8th May 1945 aged 72, and Florence on 17th Nov 1962 aged 90. She had still been living at “Brierfield” prior to this. By this time the area had changed from a few houses and open fields, to a small estate.

The sign clearly states “Beal Bros“, but Walter’s only surviving brother worked as a Cycle Maker and Music Dealer, his only son worked as a Gas Fitter, and his only grandson would have been too young to work with him. So if it did once belong to Walter Beal, where does the “bros” come from, and where was the sign originally situated? My feeling is that the sign was made for Walter, possibly as a retirement or moving present in the 1930’s. I wonder if anyone will come forward with some more information in the future?

The sign is now on show in Rayleigh Museum, along with a newspaper article and my own research! 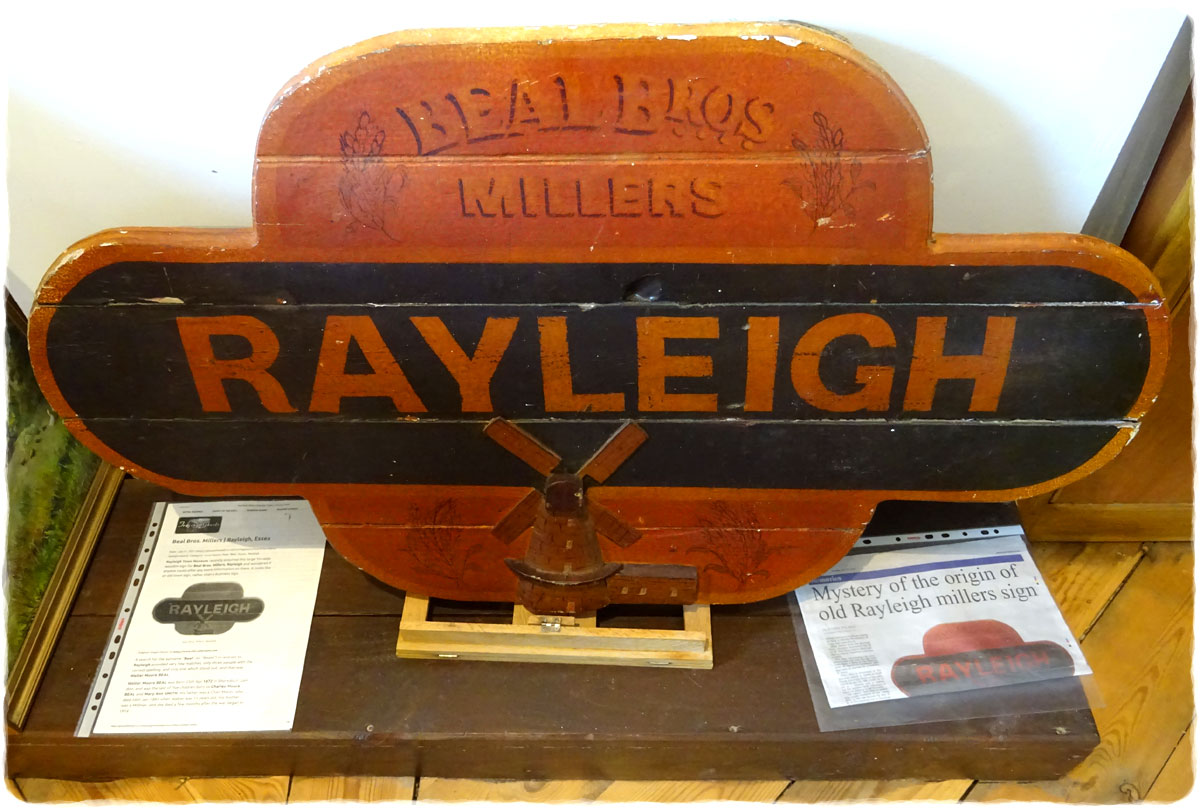