The war memorial in Hadleigh, Essex was erected in 1922 and carved stone plaques around the sides contain the names of the 48 men of the parish who died during WWI. The base it stands on remembers those who died during WWII (although no names were added). It’s quite an impressive structure, considering Hadleigh isn’t a big place even now. 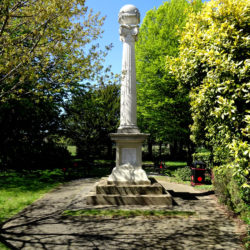 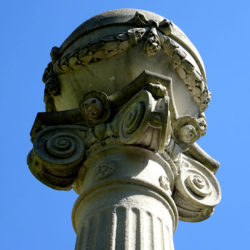 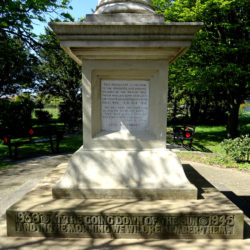 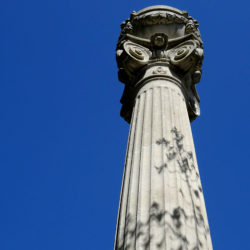 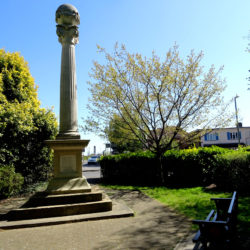 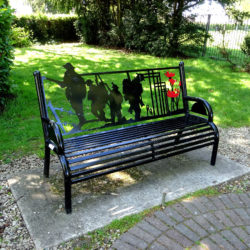 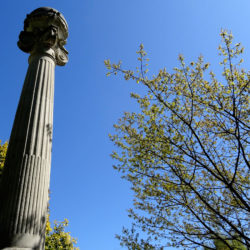 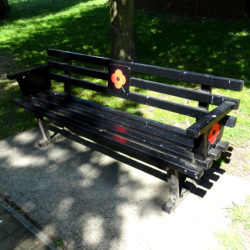 This monument is erected to the honoured and undying memory of the men of this parish who laid down their lives for their king and country in the Great War A.D. 1914-1919.

The men were very good unto us and we were not hurt.
They were a wall unto us both by night and day.

In Jan 1919, a parish meeting in Hadleigh decided to erect a monument in the recreation ground as a memorial to the men of the parish who had fallen in the war. Nearly two years later, in Nov 1921, a 20ft high Portland stone memorial was agreed upon, with enough money subscribed except for the cost of the foundations. The total cost was £280, over £16k today. It wasn’t fully paid off until Jan 1925.

The memorial was unveiled on Sunday 15th Oct 1922, with a turn out of nearly 2000. Dozens of floral tributes were lain on the base, as can be seen in the photograph below. 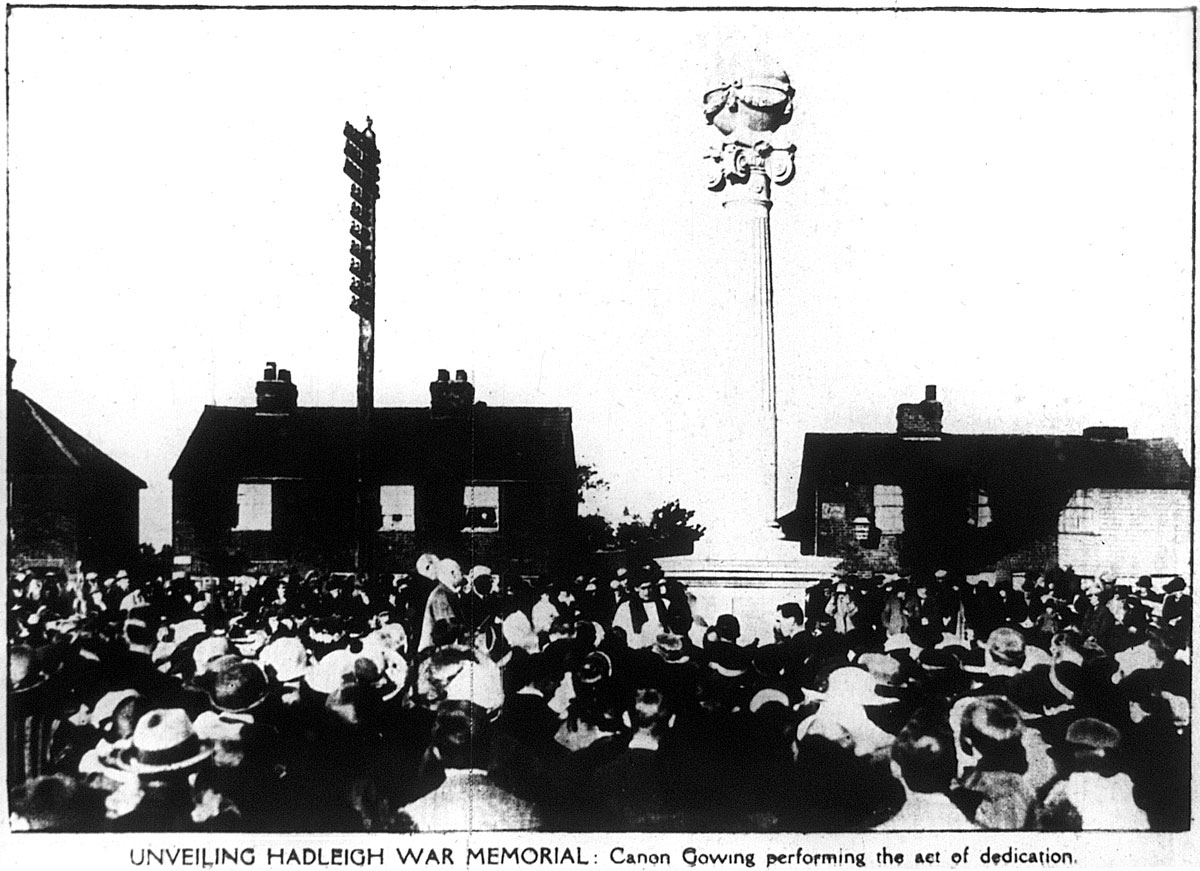 Click on a name to find out more about each soldier and the family they came from (work in progress).

There is also a plaque within St James the Less Church in Hadleigh, which lists 49 soldiers in the order they died (apart from “F Tucker“, who should have been at the beginning of 1917, not 1916). The extra soldier on the church plaque but not the memorial is “S.A. Haves (of Leigh)“.

The memorial shrine was dedicated by the Bishop of Barking on Sunday 29th Oct 1922, two weeks after the large outdoor memorial was unveiled. 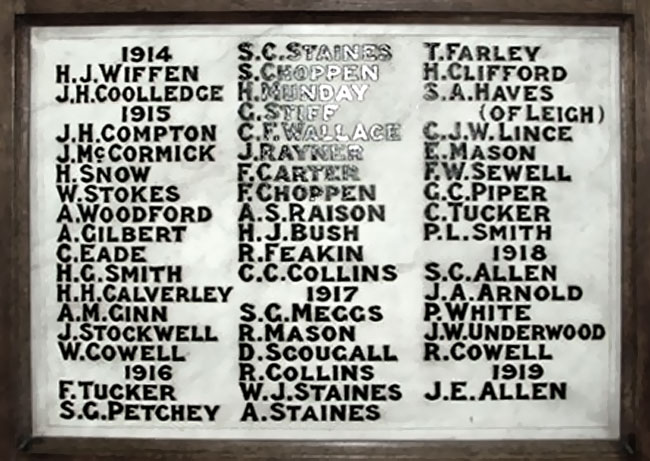 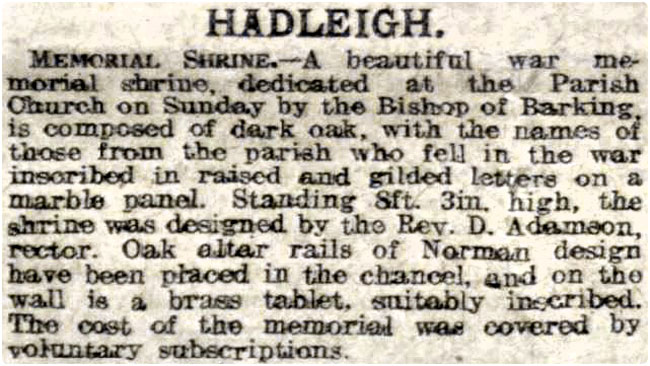