There were three residential properties built in the early 1900’s by Southend Waterworks Company in Thundersley, Essex, which were associated with its reservoir and two pumping stations.

Pumping Station Cottage was the property associated with Thundersley Pumping Station (aka No.7), which was first pumped in 1899. The house is now known as 17 Chancel Close, and the pumping station was closed and demolished in the 1940s or early 1950s and the land built on for housing.

Alfred Charles NOAKES, wife Alice Martha WATERHOUSE and family appear to have been the first residents of Pumping Station Cottage after it was built in the early 1900’s.

Alfred and Alice married on 18th Feb 1897 in Wanstead, Essex. Their first two children were born in Stratford in Essex, and by 1901 they moved to Thundersely. He was now working as a Stationary Engine Driver for Southend Waterworks. Their address is simply given as “New Thundersley”, but just five households down on the census sheet was “South Essex Water Works“, so if they weren’t living in the Pumping Station Cottage yet they were pretty close by. Between censuses they had four more children, but sadly lost one in infancy. In 1911 the family’s address was listed as “Pumping Station, Thundersley” and Alfred was still in charge of driving the stationary engine. They had two final children (making eight in total) just before war broke out in 1914.

There are no records of the family’s whereabouts during the war years, but by 1918 Charles and Alice had vacated the Pumping Station House in Thundersley and were recorded in the Electoral Roll at 48 Harrington Road in Southall, Middlesex. They were also there in 1919, then between 1921-27 living at 88 West End Road in Southall and 1928-34 at 25 Scotts Road in Southall. During this time their youngest daughter Ella died, aged 17. Alfred and Alice turn up back in Essex for the 1939 Register, living at Arcadia, Hillhouse Drive in Billericay. Alfred was now aged 69 and listed as a Retired Locomotive Driver. They were still living there in 1940, but by the time Alfred died in 1943 (age 73) he was back at 25 Scotts Road in Southall. Alice died in 1954 aged 82, and her last address was in Ealing, Middlesex.

Of their six surviving children to reach adulthood, three moved to South Africa, but returned quite regularly for visits (Alice, Emily and Charles). 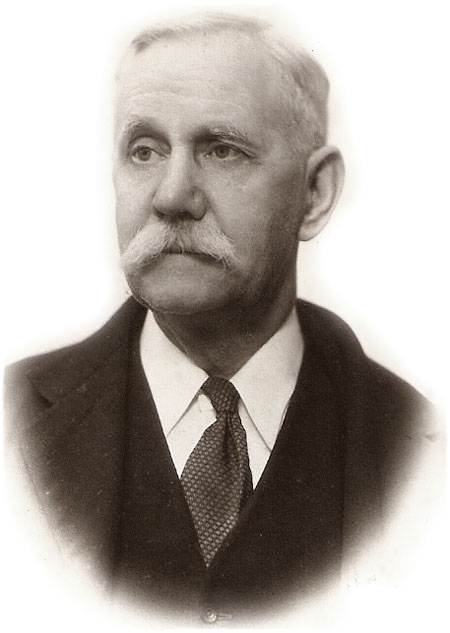 Alfred Charles NOAKES was born 31st Jan 1870 in High Ongar, Essex. He was the third of eight children born to James NOAKES and his wife Emily CROUCHMAN. James was a Gardener and Agricultural Labourer, and Elizabeth was the daughter of an Agricultural Labour who died when she was only six (both Essex families). They married 1st Nov 1863.

The family lived in High Ongar, Essex for many years (as had his father before him), before moving to Shelley and then Ilford (both in Essex). Three of their son’s went on to work for Great Eastern Railways, and Alfred was the only one to work for Southend Waterworks Company. James died in 1919 aged 75, and Emily in 1921 also aged 75.

Alfred’s wife Alice Martha WATERHOUSE was born 26th Aug 1872 in Blackheath, Kent and was the last of six children born to Edward WATERHOUSE, a Labourer and Carman, and his wife Emma BRANCH. They married 16th Nov 1864 in Southwark, Surrey.

They lost two children in infancy in 1870, and then in 1876, when Alice was just four and a half, her father died at age 34, followed just six months later by her mother (age 38). They had been living in Greenwich, Kent at the time. In 1881, Alice, Louisa and Emma were all boarding at 12-13 College Road, Brighton, Sussex. Emma (age 14), was working as a Serving Girl, whilst Louisa and Emma (age 10 and 8) were actually convalescent patients along with 15 other young children. The head of the household was a Jane BORRADAILE, who described herself as “Matron Of Public Institution”. Possibly the whole family may have been struck by some illness, which took the lives of their parents. By 1891, Alice was living with her grandparents in Bexleyheath, Kent, as was her brother William. At some point she must have moved up into London in order to meet her future husband, Alfred (who in 1891 was working as a Rail Engine Foreman in West Ham).

It is interesting to note the Robert William NOAKES who lived at Reservoir Cottage in Thundersely in 1939 is from a completely different line of NOAKES, which came from Leigh-On-Sea. 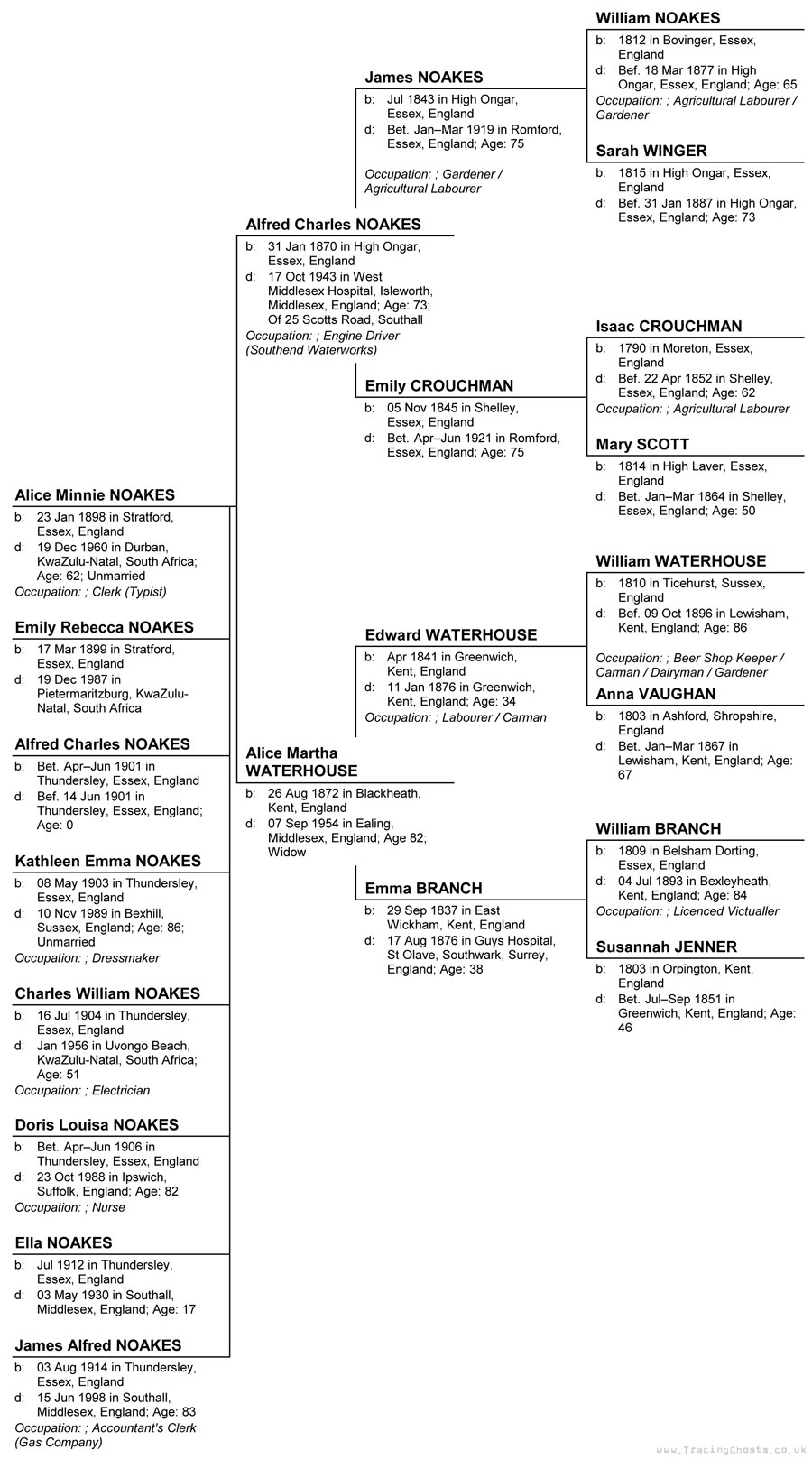