My 3rd great grandfather Jesse White COWLEY was born 1833 in Clapham, Bedfordshire (in a cottage adjoining Clapham Folley Inn), and was the first of five children born to James COWLEY, a farm bailiff and agricultural labourer, and Susan Maria WHITE.

My 3rd great grandmother Maria Theresa COX was born around 1832 in Stevington, Bedfordshire, and was the first of four children born to Samuel COX and Elizabeth KEECH. Maria’s mother also had one child from a previous unmarried relationship. 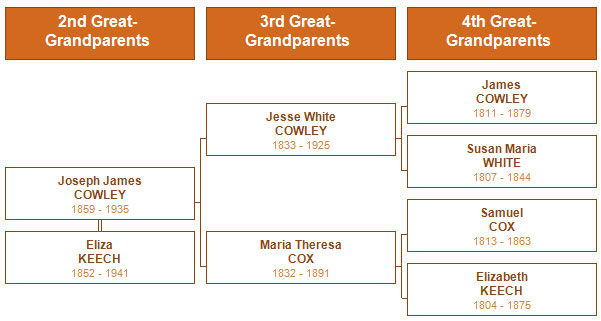 Two years before marrying Jesse, Maria married John HIDE on 25th Sep 1854. John died very shortly after this and they didn’t have any children together. Maria married again to Jesse 20th Oct 1856 in Stevington, Bedfordshire when they were about 23 and 24 years old. They had five children together between 1857-1873, my 2nd great grandfather Joseph being their second born (the two KEECH lines are unrelated as far back as I’ve been able to research).

Jesse worked as cord wainer (aka boot and shoe maker), beginning his apprenticeship at Kimbolton, Huntingdonshire which was about 15 miles away from his home. The 1851 census finds 19 year old Jesse working as an apprentice in Kimbolton, and the head of the household was a boot maker named John FRYER. By the following year Jesse was living in Thrapston due to his old master dying. He continuing his apprenticeship there with a new master and also began teaching at Sunday School. Jesse moved to Stevington in the January of 1855 after learning there was room for a shoemaker and married local lady Maria the following year. Maria worked as a lace maker, but the 1861 census also recorded her as a shoe binder, so she presumably helped out in the workshop with her husband. The family lived at Church Street in Stevington (next door to the pub) right up until Jesse retired.

Maria died from heart disease on 22nd Jan 1891 age 59. In 1899 Jesse took over the local Post Office as well as continuing to work as a shoemaker, running both businesses up until 1909 (age 76) when he passed them both on to youngest son Jesse (although was still recorded as a bootmaker in 1911). Jesse and eldest daughter Susan moved just around the corner to the Almshouses on Park Road shortly after the 1911 census, and in 1914 he was interviewed by the Bedfordshire Times and Independent about his life in Stevington (below), which even included a photo of the octogenarian.

Jesse died on 20th Dec 1925 aged 92. Susan continued to live at the Almshouses until her own death in 1936, and was the only one of Jesse and Maria’s children not to marry or have children (they had about 22 grandchildren in all). 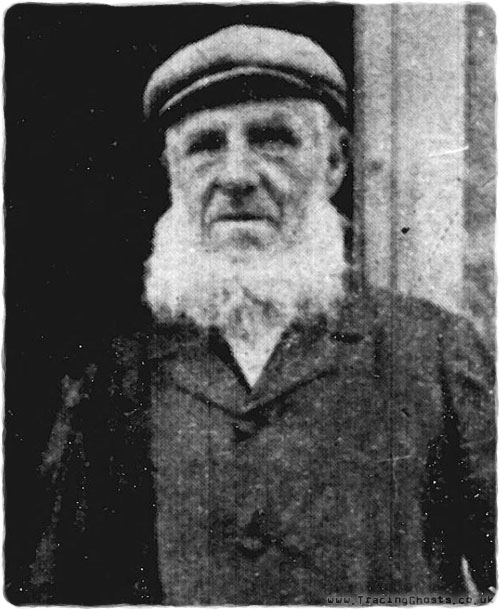 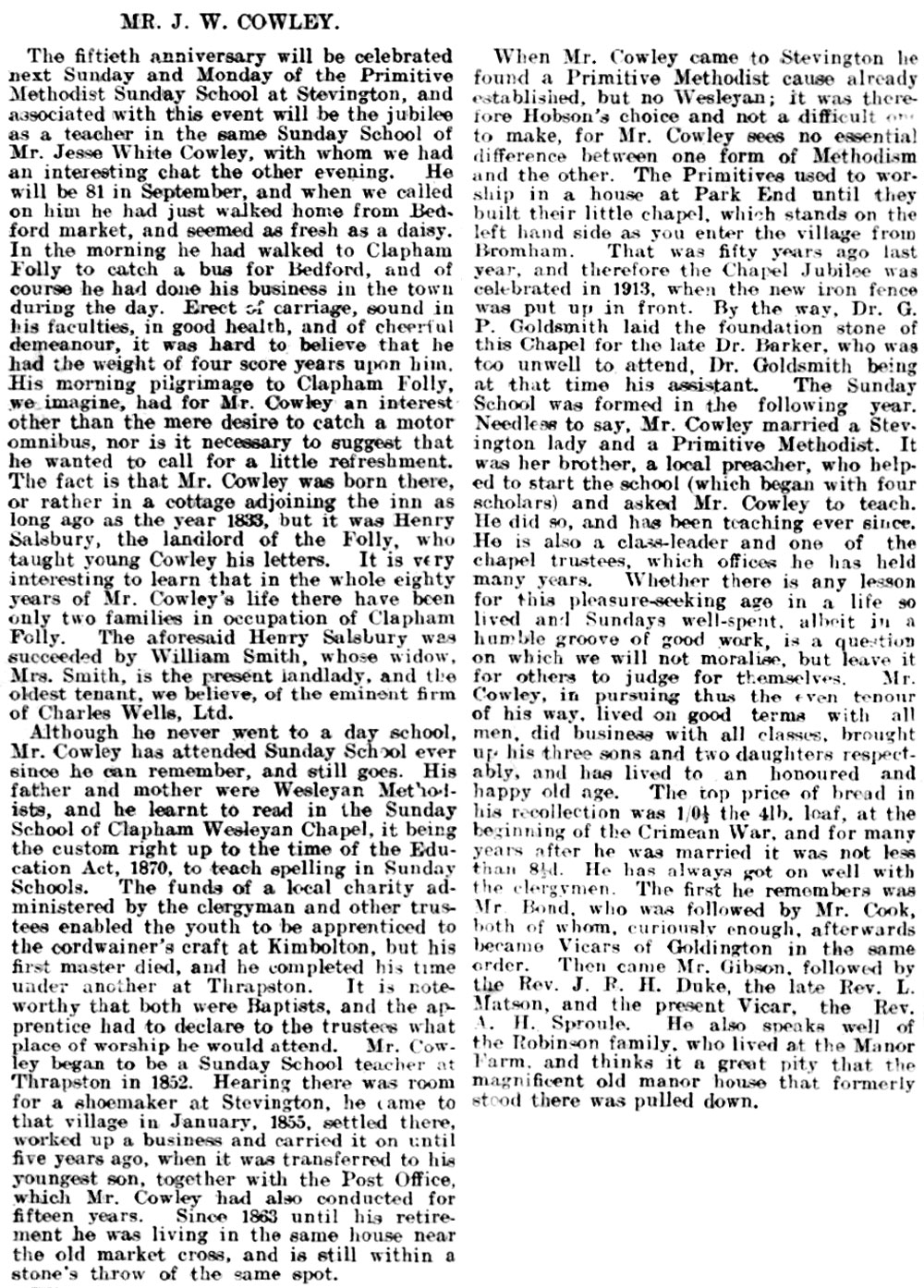