My great grandmother Amelia Elizabeth COWLEY (aka Millie) was born 4th Feb 1887 at Priory Street, Bedford, Bedfordshire and was the second (but most likely third) of six children born to Joseph James COWLEY, a coachman and groom, and Eliza KEETCH, a former domestic servant and nurse. 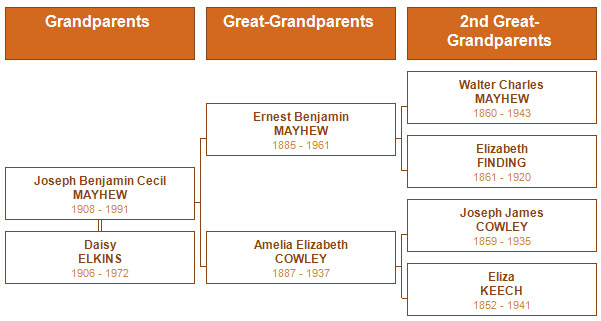 Ernest married Millie in spring 1907 when they were age 25 and 24. They had four children between 1908-1927, my grandfather Cecil being the first, followed by Ernest 7 years later, Samuel just over 5 years after that, and lastly Marjorie another 6 years later (my granddad was nearly 20 years older than his sister). Ernest and Millie lived at Church End in Biddenham, Bedfordshire their whole lives.

Ernest worked as a groom chauffeur. During WWI, he served as a Private in the Royal Army Service Corps during WWI and awarded the British War Medal and Victory Medal. In 1915 when his second child was born, his occupation was listed as “Private Mechanical Transport A.S.C. no 097890 (Chauffeur Domestic)”.

Millie died at home at Church End, Biddenham, Bedfordshire aged 50 on 12th Apr 1937 with her husband Ernest present. Ernest swiftly remarried just over a year later to Ida Mary WHITTEMORE on 19th Jul 1938 (who was 15 years his junior and the daughter of a bricklayer), causing much speculation as to their relationship prior to Millie’s death. Marjorie was only 9 when her mother died which no doubt played a part in Ernest wanting to get married again.

Of the four children my great grandparents had, only my grandfather went on to have children of his own. 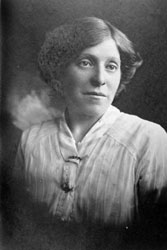